Plant a tree, have a child, and write a book. The whole idea is that these three will survive by you. They will be your legacy. In a hopeful way of thinking, they will live long after you’re gone and benefit others.

I am very fortunate. I have written a book, and I am the father of a 5-year-old boy. Out of the three things, planting a tree is the one I did not achieve yet. I had the opportunity to do so. It was in New Caledonia in 2018, when I went over there to produce a documentary. But before I tell you that story, let me rewind a little bit further to my arrival to Nouméa (capital of New Caledonia) so you can get the context and a better understanding of how important this trip was.

After 27 hours on the plane – which does not include long hours waiting for a plane – the team of three finally set foot on New Caledonian’s soil. Finally. It was the first few days of June. Ramadan only started, and the humidity gave us a warm welcome. From the comfort of the “too-cold-AC” in the plane to the discomfort of the most humid weather in Nouméa. Nothing could have prepared me for this first surprising event.

We’ve been waved from the custom officer, we went to the belt to get our luggage. It is always of high interest to me to observe the way people behave while waiting for their bags. Some are on the phone and don’t seem to show any once of stress. Some others show signs of stress by standing near the hole from where the bags will arrive. The belt rarely leave people untouched.

Ten minutes passed, we were still waiting. The last three luggage circulated in loop on the belt. We desperately looked at the belt, hoping to meet again with our stuff. It won’t happen. I feel it. I know it. Our luggage did not come with us. We hoped that they were not lost. What a great way to start a trip on an island that is supposed to be our “home” for the next thirty days.

Let me tell you one thing : after nearly thirty hours wearing the same clothes, the only thought you have is toward a good shower and wearing fresh underwear. Unfortunately, that day, us three and eight other people would not have this privilege. Our luggage did not come with us. I felt almost like I was separated from my child to some extent. Luckily enough – and because experience in the past taught me quite a bit already, I had with me all my audio and video equipment in the cabin luggage. My clothes were missing, but at least I could start filming.

After filling a complaint with all our details, we were finally able to get out of the airport. Welcomed by three of the people we were going to film for a month, we embarked on a road trip from the airport to the city center of Nouméa. This is one of the most incredible panoramas that I have seen in my life. A mix of massive trees and volcanos asleep. But everywhere we looked, “green” was the predominant color.

In the car, we were all quiet. Not because we did not want to talk. But because we were beat. One of our hosts mentioned going to a snack to get some food. All my sudden fatigue disappeared to the sound of this magical word : “food”. We parked the car, then we walked a few hundred meters to a square where young Caledonian were sitting and drinking. All eyes on us. We did not look local at all. We looked like the colonizer from the west, the French empire, who decimated the country for hundreds of years. I was then even more quiet. Observing. Feeling. Judging the situation to have a better understanding of what was going on. And also because when I arrive somewhere new that seems hostile, I need to get through possible scenarios in my head.

We reached a couple of plastic chairs and tables while receiving a warm welcome from a man, standing and smiling, who was apparently expecting us. This is Nordin, a French-Algerian who has been living in New Caledonia for the past 6 years. He is a serial entrepreneur who owns the snack where we are about to get our stomach filled. Later, he mentioned that he owned also a cleaning company. Nordin and I started to talk. A lot. As two relatives would. He is the kind of man who puts his guests at ease in an instant. When we explained to him our little misadventure with the luggage, he said he would “look after us”.

We ordered. We ate. We conquered. But the jet-lag got the best of us. We were nine hours ahead of Paris, where we would be sleeping by now. But here, the day only started. So did our fight not to fall asleep.

From my 15-days experience in Japan, during which I slept during days and stayed awake all night, I knew that going for even a little tiny nap would put me in trouble for the rest of the trip. I had to force my body to stay awake and wait for the night to go to sleep early. While we were taking our rooms in our Airbnb, my phone went off. This was Nordin, our smiley host from the snack. “I got you sorted guys” he said. I opened the door, and he entered the apartment with a suitcase. He put one knee on the floor, unzipped it and uncovered a bag full of clothes, shampoo and underwear for everyone. This first shower after over 33 hours was a blessing. Every drop was rejuvenating my body.

Nordin became special to my heart that day. His family too when I got the chance to meet them later on for a part of the documentary we were filming. He is the father of two daughters and married happily for the past 20 years. We became friends over the month I spent in Nouméa. More like a big brother – little brother relationship, I should say. We talked about life. About death. About sickness. About the joy of having children. The burden of it, sometimes. Religion. Faith. Politics. I’ve learned from him that the Algerian constitution has in it a paragraph stating that Algeria should help people who are in revolt against their governments. The relationship between Algeria and France is the reason we were there in the first place. Hundreds and thousands of Algerians have been incarcerated for minor crimes and then sent to New Caledonia as a lifetime sentence. At the time, the country was not as friendly as it is today. Mosquitoes were as big as my little finger, and the prisoners have been given land that already belongs to Kanaks (Caledonian). It was a very hostile environment. But they integrated into society. Some of them got married to Caledonian women. They started a family. But as a way to get their traditions going, they planted date trees all over the island. As many as they could. I got that story from Nordin too. I’ve learned a lot that month about my country of origin. About men who were sent for life some 17,500 km away from their home, sometimes for crimes they did not commit. Sometimes for political rebellion.

During my trip, I got a very bad technical issue with my main camera. One’s worst nightmare when you are filming so far away from home. I heard it happened to people. Never to me. It was my first. A nightmare. Nordin tried to help with the people he knew on the island. We went to local TV stations that had unfortunately no way to let me use one of their cameras because they were all on the deck for the general elections. While driving back home, without a solution, Nordin did what we loved doing : talking. We kept on talking for a while.

Then we reached a roundabout. He goes : “You see this palm tree here ? That’s the one I planted.” I looked at him, astonished. “Really?” I asked. “Yes. This is a tradition here. Newcomers, especially the ones from Algerian origins, are expected to plant trees on roundabouts. That’s the way it is. I am about to plant two or three more elsewhere” he adds. Hundreds of questions stormed my mind, but I kept them shut. I observed Nordin, without saying a word. He looked at the road. Silently. I could sense he went emotional. Just like me, and like many people from Algerian roots, he discovered this tragic part of his history when he moved to New Caledonia.

Nordin plants trees. He has two beautiful daughters and a wife. He is not far away from writing a book about his own personal story that is magnificently inspiring. But when he is long gone, he will for sure be remembered by his trees that will keep on growing and feeding people. The roundabouts are special to him. When I asked why, he said, “these are symbolic. You turn in rounds and rounds looking for your way. I can only think about the prisoners who have been sent here, so far away from home, without their own loved ones. They were going round and round in their head, for sure, trying to make sense of everything. It is highly symbolic to me anyway.” he added. He silently looked at the road, and we went on with our journey.

I certainly did not plant a tree yet with my own hands, but I did plan trees through the documentary project “En Mode Avion”. We planted 135 trees in the South of France through an NGO while collecting money to finish the documentary on a crowdfunding platform. There it is. The circle seems complete. With my book being released this year, I can say that my legacy is all well looked after. 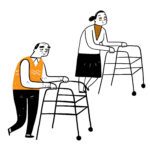 How did we meet ?The movement is contagious. 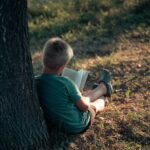 Plant a tree, have a child and write a book.